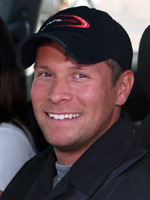 In 1998, Dominic won the world renowned Elf-Winfield Driving Championship (a series so prestigious that half of all series champions go on to compete in Formula One).  Dominic continued to drive in Europe and was almost certain to win the 1998 Formula Elf Championship when his father was diagnosed with cancer.  Dominic left Europe to be by his father’s side.  Nevertheless, Dominic still finished 4th in the championship and notched nine top five finishes.

In 2003 Dom returned to racing.  While competing in the Fran-Am Championship (an open-wheel series that ran in conjunction with Formula One and IndyCar), Dom became the only American to ever win a round of the series when he took the checkered flag at the Telmex Grand Prix in Mexico City in front of 200,000 race fans.