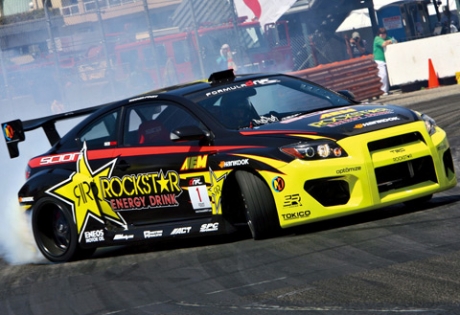 Tanner has also held multiple world records including a distance jump record with Hot Wheels when he made a 332′ ramp-to-ramp leap in a truck at the Indy 500 in 2011.

Foust is the first American driver to win a round of the European Rallycross Championship and finished both 2011 and 2012 ranked in the top three. At home, Foust has been a dominant driver in rallycross since the sport of rallycross was first introduced to the United States in 2010.