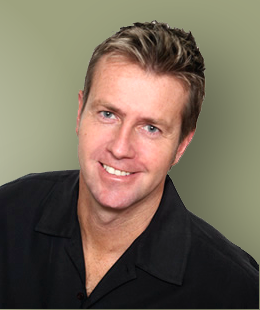 Jeff has over 20 years of experience in the automotive and motorsports world, beginning his racing career at the age of seventeen.  By the age of 21, Jeff was driving competitively in Europe and Japan with some of the top drivers in the world, including Michael Schumacher, Mika Hakkinen and David Coulthard.

When Jeff wasn’t driving, he was operating his own exclusive driving school that catered to an elite clientele.  Jeff’s list of students has included celebrities such as Tom Cruise, Charlie Sheen (no jokes please), Walter Payton, Jon Bon Jovi and Emilio Estevez; and national organizations such as the PGA Tour, Hilton Hotels, the Walt Disney Company, McDonalds and the United States Air Force.  Throughout his career, he has trained thousands of students in a variety of driving programs including performance driving, defensive driving and anti-terrorist training, along with other teen related driver education programs.

Driver’s Edge had been a dream for Jeff for many years until bringing it to life in June 2002 when he first designed Driver’s Edge, brought together the first instructing team and held the very first event in Las Vegas.  Since then, the dream has grown into a nationally recognized nonprofit organization and public charity dedicated to the safety of young drivers across America.

As CEO and a member of the Board of Directors of Driver’s Edge, Jeff oversees and maintains responsibility for the event side of the organization.